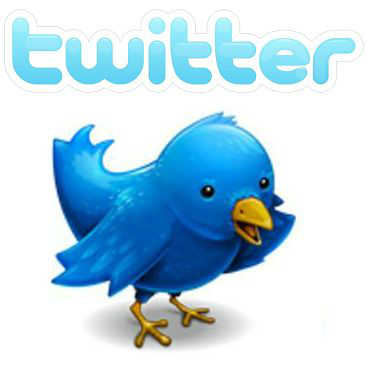 Twitter has recently reported that 250,000 users have had their user names and passwords stolen, as a result of a very sophisticated attack on their servers.

A quarter of a million Twitter users have had their accounts compromised in the latest of a string of high-profile internet security breaches.

“Twitter’s information security director Bob Lord said about 250,000 users’ passwords had been stolen, as well as usernames, emails and other data.

Affected users have had passwords invalidated and have been sent emails informing them.

Mr Lord said the attack “was not the work of amateurs”.He said it appeared similar to recent attacks on the New York Times and the Wall Street Journal.

The US newspapers reported that their computer systems had been breached by China-based hackers.

Read More Here……………….
Although Twitter has stated that all affected users have been sent emails informing them of the attack, users should be extra diligent, to ensure that any emails that appear to have been sent by Twitter are legitimate.

It is highly likely that this unfortunate incident will prompt a spate of spam emails from spammers “phishing” for sensitive information. Therefore users should be very cautious about responding to any emails requesting personal information.

What Are The Main Advantages Of Utilising Long Tail Keywords?

What Are The Benefits of Internet Banner Advertising Vs Search Engine Advertising?

Internet Banner Advertising and Search Engine Advertising are very different online marketing models. Search engine advertising (commonly referred to as Pay Per Click Advertising) offers a very basic form of presentation, in as much as the content of your advertisement is restricted to text only and a limit is placed on the maximum number of characters that can be used per line....... Read More

How Does Banner Advertising Work?

Web banner advertising campaigns can be set up to target specific countries or regions such as Europe, Asia or even Worldwide. Demographic targeting options are also available to fit the target audience for specific products or services. There are many different publishing networks to choose from and each network offers varying levels of geographic, demographic and behavioral targeting...... Read More

Our FREE mobile website design report explains the benefits of why it is important to create a mobile optimised website for your business. Also included is a wide range of mobile internet usage statistics to help you to properly evaluate this important website development opportunity..... Read More

Does The Age Of My Domain Name Help My Rankings?

I think that the majority of search engine optimisation experts would agree that the age of your domain name does play some part in helping your ranking results on Google and other search engines. However, opinions do vary on the extent of its impact. For example, many SEO professionals believe that Google will not rank newly registered domain names for at least six months or more!,,,,,,,, Read More

How Can Social Media Marketing Help My Online Business?

Our FREE social media marketing report contains over 25 pages of valuable information that will provide you with an in depth analysis on how you can harness the power of social media to develop your online business...... Read More

How Can I Use Pinterest To Promote My Business?

If you are not familiar with Pinterest then the following articles and videos on How To Use Pinterest To Promote Your Business will help you to gain a better understanding of the benefits offered by this major social media marketing channel. Read More

What Is Search Engine Optimisation?

In simple terms, search engine optimisation or SEO is about making changes to the content of your web pages, to ensure that they are made as search engine friendly as possible. There are many individual elements of each web page that can be changed in order to improve the overall optimsation of your site. To make your search engine optimisation project work for you, you need to consider adding unique, high quality content, on a regular basis. Read More

How Can I Improve My SEO Results?

By utilising various SEO techniques you can help search engines to identify which keywords are relevant to your site, and improve the position of your free listings, when those keywords are entered by a potential customer, searching for the products or services that your provide. Read More
This website uses cookies to improve your experience. We'll assume you're ok with this, but you can opt-out if you wish.Accept Read More
Privacy & Cookies Policy
Necessary Always Enabled