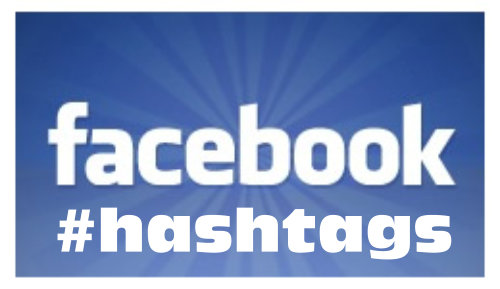 Finally Facebook have announced that they will start to allow their members to use clickable Twitter style hashtags in their posts. This will enable users to quickly identify hot and trending topics currently being discussed across this social platform.

Clicking on a hashtagged keyword will activate a pop up box that will display other posts using the same keyword.

“Facebook is adding support for hashtags to help its members keep track of popular topics being discussed on the social network,

Adding the “#” sign to a word will turn it into a clickable link which brings up a feed of what other people are saying about the same topic.

Using hashtags to identify a theme was popularised on the internet by Twitter.

The news was announced on the California-based firm’s News Page.

It said clicking a hashtag would bring up a chronologically ordered list of comments using the same term, including posts from people and pages they were not friends with and had not liked.”

Read more about the Facebook Hashtags Announcement at BBC NEWS

This will be a useful enhancement to the Facebook user experience and is likely to prove extremely popular given that users already have a good understanding about the benefits of using hashtags in their posts, as pioneered by Twitter.

For a totally different perspective on the benefits of using Facebook hashtags, check out the following Facebbok Adding #Hashtags?! video:

We hope that you have found this Facebook Hashtags Announcement article of interest. Please feel free to comment below, especially if you are an ardent fan of hashtags, and share this information with your friends and colleagues.

If you are searching for a Facebook Business Page Design Specialist, make sure you check out our website today!