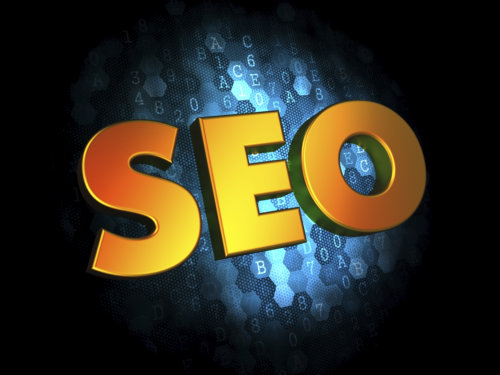 Although this very interesting article does seem to suggest that Google is attempting to kill SEO, I doubt if this is the end of Search Engine Optimisation as we know it!

There are a number of tried and proven SEO processes that are absolutely essential to achieving high search engine ranking results for your website and it would be difficult to imagine how these could be replaced by Google with alternative metrics that would enable them to determine the best websites to rank at the top of their search engine results page.

Read on and let me know what you think.

Google is getting ready for a day in court, after a precedent-setting move by a Florida judge who denied the search engine giant’s motion to dismiss a case that could redefine how businesses engage in search engine optimization.

Google claims the plaintiff, e-ventures Worldwide LLC, engaged in “search engine manipulation” in order to cause its websites to be ranked higher in Google’s search results, stating that doing so was “bad behavior” that had to be deterred. Consequently, Google summarily de-indexed hundreds of the plaintiff’s websites without review or redress. The de-indexing was not based on algorithmic rules or webmaster guidelines, but rather, subjectively applied based on an anonymous tip from an unnamed third party.

The larger question here is chilling to virtually any small business which seeks a higher ranking, since Google’s own definition of search engine manipulation is vague and unpredictable. According to a brief filed by e-ventures’ attorney Alexis Arena at Flaster Greenberg PC, “Under Google’s definition, any website owner that attempts to cause its website to rank higher, in any manner, could be guilty of ‘pure spam’ and blocked from Google’s search results, without explanation or redress.”

What Is Search Engine Optimization / SEO

“It seemed as though I was personally targeted by Google,” said Jeev Trika, CEO of e-ventures Worldwide. “I would purchase a brand new domain and post nothing more than ‘bye bye world’ and within minutes, Google would de-index that domain too. So, Google’s argument that it was removing websites because they were violating Google webmaster guidelines falls flat. It was not about the website content, it was about targeting the website owner. The fact that Google targets people like this is not something that is consistent with their published policies, or what they tell the public.”

The brief notes that “search engine manipulation” includes anything done to a website to make it more visible on Google — and therefore virtually any business using generally accepted SEO Tactics (or any marketing tactics, for that matter) could be accused of manipulation, giving Google an excuse to de-list a website arbitrarily and outside of its algorithmic process, or as in the case of e-ventures Worldwide, de-index all of a website owner’s properties summarily. Should Google prevail, commonly used tactics such as title tags, incorporating keywords in headlines, incorporating legitimate backlinks, or even writing a daily blog would all be suspect. The outcome of this case could dramatically affect how virtually every business in the world does its online marketing.

Google is claiming First Amendment rights, stating that it is a publisher and free to publish or not publish anything it sees fit. How Google defines publishing is a bit of a stretch — they do publish a constantly evolving list of algorithmically-ranked links to websites, but that is by no means the same as operating as a media outlet which exercises editorial discretion. By journalistic definition, a SERP isn’t the same thing as an article — it’s just a mechanically ranked database. Google’s entire case however, rests on a First Amendment argument.

There is an important distinction being brought out in this case that goes far beyond the rights of e-ventures Worldwide, and calls into question the very nature of SEO and digital marketing. In previous cases, the courts have found that Google does indeed have First Amendment protection, but in those cases, the questions related to the rankings of a website, rather than deletion of websites simply because they were affiliated with a person or a company. Previous cases have held that, for example, if someone claims they should be ranked higher in the SERP than Google shows, Google prevails on First Amendment principles. “But, if Google bans 366 websites from all search results because they are affiliated with a particular person or company, then that is a very different thing than anything the courts have addressed previously,” said Alexis Arena, e-ventures Worldwide’s attorney.

SEO for startups in under 10 minutes

Google did not offer a response to our request for a comment, but they did provide a copy of their most recent June 1 legal filing, which attempted to reinforce their First Amendment claims and argue again for dismissal, again reinforcing its opinion that search engine results are “editorial opinions” and therefore qualify for First Amendment protection.

“Before Google refined their algorithm, getting on the first page of search results often could be achieved with tactics like keyword stuffing and artificial linking schemes, but those days are gone,” said Jeev Trika, CEO of e-ventures Worldwide. “Because of changes to Google’s algorithms, Internet entrepreneurs and Web publishers like myself now go the extra mile to provide websites and articles that are relevant, useful, and written to journalistic standards, and that has made the virtual world a better place.”

But, says Trika, Google has overstepped its bounds in invoking First Amendment rights to arbitrarily quash websites without review, on the basis of an unsubstantiated third party anonymous tip, and outside the realm of the Google algorithm. “Google’s actions deny businesses the basic right to market themselves in the digital economy,” said Trika. “Google in reality controls the market for Internet advertising, and must be held to a higher standard.”

Trika suggests “Google is not drawing a distinction between generally accepted search engine optimization techniques — such as simply creating and publishing outstanding articles and useful information — and what they refer to as search engine ‘manipulation.’ SEO is simply engaging in an ever-changing array of tactics to gain recognition — something businesses have done long before the Internet existed. By Google’s own definition of ‘manipulation,’ any company using header tags or incorporating keywords into headlines could be subject to arbitrary de-indexing.”

“Google’s business model isn’t, at the end of the day, providing a free search engine or publishing data, it’s selling advertisements,” said Trika. “The free search engine is merely a vehicle for doing so. Google has an economic reason to deny legitimate Web publishers who are promoting SEO placement in the SERPs so that they can sell more advertisements, but that type of anti-competitive action should not be protected by the First Amendment.”

Ever since the first advertisement appeared in the very first newspaper, companies have attempted to use marketing, advertising and public relations tactics to bring more attention to themselves. SEO is merely one more tool in this time-honored commercial tradition. The outcome of this case may well have a lasting effect on how companies move their marketing initiatives into the digital world.

Be the first to start a conversation

The more relevant text based content that exists on a web page, the better. This is because search engine spiders will analyse this text in order to understand the topic, content and relationship with other web pages. Not only is more text important from a search engine ranking perspective, it is also of value to your websites visitors. The following top 5 web page content ideas will help you to improve your web pages:..... Read More

Why Is Keyword Research Important?

Most websites fail to achieve high search engine ranking results because of badly chosen keywords. Identifying the correct keyword search terms to use on your website is absolutely crucial to the success of your online business..... Read More

What Are The Benefits Of Using A Free Website Analysis Report?

One of the main benefits is to help you to improve your sites search engine ranking results. For a website to be ranked highly in the major search engines, such as Google, more than a hundred individual ranking factors are considered. A comprehensive website audit report will help you determine which areas of your website meet the required guidelines and in which areas you need to make improvements..... Read More

How Can I Use Social Media To Develop My Search Engine Ranking Results?

It is important to understand that not everyone uses the same web browser. Whilst there are a large number of Internet Explorer users, there are also a high percentage of people using alternative web browsers such as Firefox, Chrome, Safari and others. It is therefore extremely important that your website displays correctly across all web browsers..... Read More

The Google robot does not see web pages as you can see them in your browser. Google cannot see colours, graphics or images including Flash generated images and videos. The Google robot can only see text, which it will extract from your web page HTML code........ Read More

The speed at which your individual web pages load in a browser is extremely important and a slow loading web page can affect your search engine ranking results. As broadband internet connection speeds have improved, your website visitors have become more demanding and have a high expectation of fast web page loading times. Your visitors are no longer prepared to wait for a slow web page to load up. It is therefore important to monitor your website loading speeds and fix any issues that are preventing it from loading, as fast as possible. Read More

Our FREE mobile website design report explains the benefits of why it is important to create a mobile optimised website for your business. Also included is a wide range of mobile internet usage statistics to help you to properly evaluate this important website development opportunity..... Read More

What Is Social Bookmarking?

Social bookmarking is a method by which your content is published and promoted on a wide selection of social media websites such as Facebook, Delicious, Plurk, Reddit and many others. Bookmarking your individual web pages and syndicating your content across as many different social media sites as possible will help to improve the link popularity of your website and ultimately your search engine rankings. Read More
This website uses cookies to improve your experience. We'll assume you're ok with this, but you can opt-out if you wish.Accept Read More
Privacy & Cookies Policy
Necessary Always Enabled